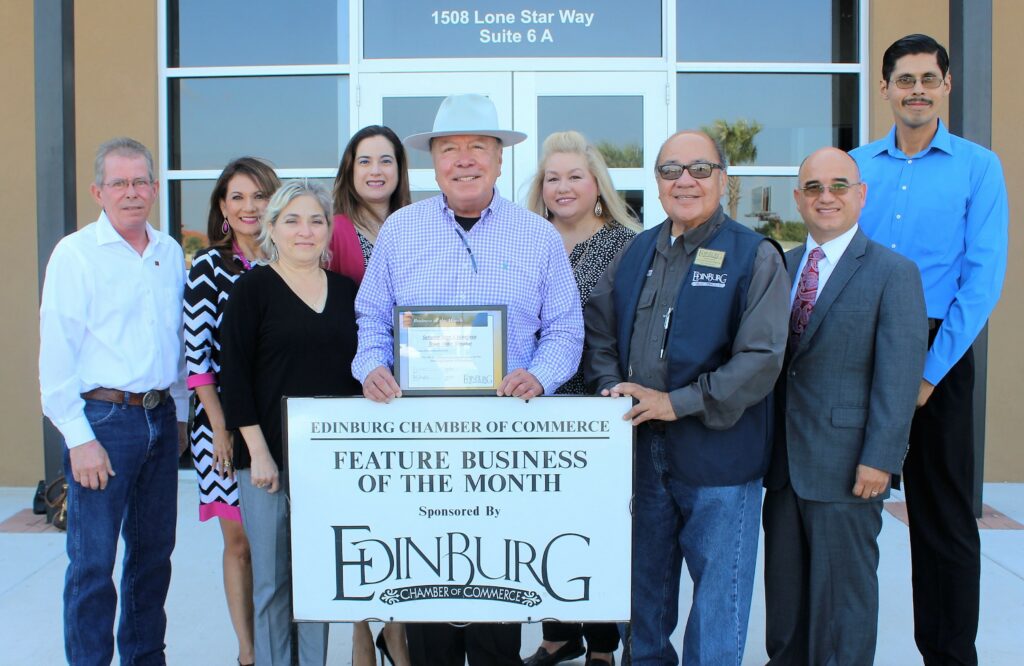 The Edinburg Chamber of Commerce recently selected Texas State Senator Juan Jesus “Chuy” Hinojosa as it’s August Featured Business of the Month recipient. The selected business, organization, or individual is recognized for their outstanding service, commitment and contribution to the community by the Chamber Ambassador Committee. We thank Senator Hinojosa and Staff for their continued support and all they have done for our region. You can reach Senator Hinojosa at his new office located at 1508 S. Lone Star Way, Suite 6A now in Edinburg. You can also contact the Senator at 956-318-0725. Follow us on Facebook for his Open House Announcement date!

Since 1981, Hinojosa has represented South Texas in both the Texas House of Representatives and the Texas Senate. Hinojosa served his country in the U.S. Marine Corps as a squad leader in Vietnam from 1966 to 1968. Senator Hinojosa earned a bachelor’s degree in Political Science from Pan American University in Edinburg, graduating with honors and a law degree from Georgetown University in Washington D.C. Senator Hinojosa has a distinguished list of accomplishments for South Texas and the entire state. The Senator currently serves as the Vice Chair of the Senate Finance Committee.